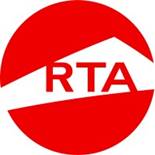 ABOUT The Roads and Transport (RTA) Dubai

The Roads and Transport Authority (Arabic: هيئة الطرق والمواصلات), commonly known as RTA, is the major independent government roads & transportation authority in Dubai, United Arab Emirates. It was founded in 2005 and is responsible for planning and executing transport and traffic projects, along with legislation and strategic plans of transportation in the city. It is a department of the Government of Dubai.

The Roads and Transport (RTA) Dubai, founded in 2005. It is responsible for planning and providing an integrated transport system in the Emirate of Dubai, and between Dubai and other Emirates of the UAE capable of achieving Dubai's vision & serving the vital interests of the Emirate.
RTA consists of five agencies namely, the Traffic & Roads, Public Transport, Licensing, Rail and Dubai Taxi Corporation in addition to three support sectors, namely Strategy & Corporate Governance, Corporate Administrative Support Services, and Corporate Technology Support Services.
Since its establishment, RTA has achieved numerous accolades by constructing and operating key turnkey road and transport projects. These include Dubai Metro, Dubai Tram, Dubai Water Canal, and several bridges, roads and tunnels. In addition, RTA has revamped marine transit means, provided a modern fleet of public buses, numerous traditional and smart services that contributed to increasing safety and reducing pedestrian fatalities.

Developing and managing integrated and sustainable road and transport systems at a global level, providing pioneering services to the concerned groups to make them happy, and supporting the vision of the Emirate of Dubai by shaping the future, developing policies and legislation, keeping abreast of technologies and innovations, and adopting best practices and international standards